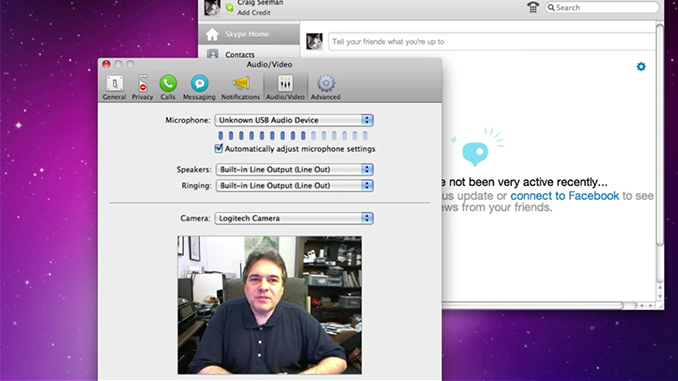 Many of us live streamers do talk interview shows in which the participants are not in your studio. Whether you’re interviewing guests or taking calls from viewers, Wirecast easily integrates with Skype and equivalent video calling services such as ooVoo.

Wirecast-Skype audio setups can be very elaborate with multiple Skype computers all feeding into a mixer with video and audio feeds returning to the guest.  While that gives you a lot of control, it can also be an expensive and complicated setup for some.  There was a time when certain streaming systems required separate computers, hardware, video and audio inputs, as well as returns for Skype integration. Using Wirecast and DTP, the point of entry can now be a  lot less expensive and simple.

In this tutorial you’ll learn how to handle Skype in a simple single computer setup. Additionally you’ll learn how to layer your shots to create a professionally looking switched-feed in which you can go from guest to host to two shot all while keeping the host’s audio active.

Once you learn these basic techniques you might even consider getting a Skype Group Video (Premium) account in which you can have multiple guests on simultaneously (much like the complicated setup I described above), but you can do it all on one computer using the same techniques I show in this tutorial.  If need be, you can certainly use a second computer on the LAN to take care of the Skype Group Video call. All this is possible because of the unique power Desktop Presenter offers with Wirecast.