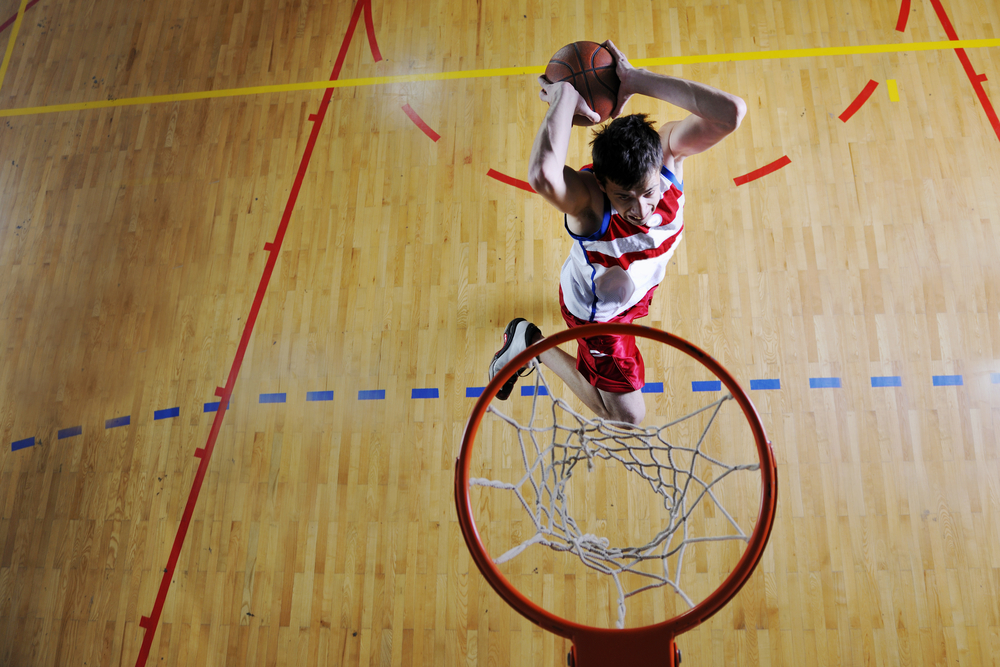 I recently found a video on Twitter about live streaming sports using Wirecast.  Check out the video here.  I re-tweeted it, and posted it on Facebook, and got a spectacular response from everyone.  I decided to delve a bit deeper, and got in contact with the star of the show, Peter Huoppi. He spent some time with us discussing his role in live streaming sports coverage.

To start, Peter, tell us a bit about yourself…

My job title is Director of Multimedia at The Day, which is a small daily newspaper in New London, Connecticut. I got my start in Newspapers as a still photographer in Burlington, Vermont, where I worked for seven years. I started to add audio and video storytelling to my daily work, and then moved down here for a position that is predominantly focused on video.

How long have you been working in the industry?

I’ve been doing video work for seven years. I’ve been in journalism for 15 years total.

How often do you run live events?

The frequency of live events depends on the season. We do the live music show “live Lunch Break” every week. During the fall we did three live football games, and during the winter we did nine live basketball games.  Our goal in the long run is to be able to do a live game every week for football and basketball season.

Give us a rundown on the equipment you use on gameday.

I mostly shoot with Sony XDCAM cameras- the PMW-200 and the PMW-EX1R.  For photography it’s Nikon SLRs, and I occasionally shoot video with the Nikons, either a D4 or a D7000. I edit with Final Cut 6. We use Wirecast for streaming, and we use a BlackMagic Design ATEM Television Studio for switching cameras.

How does Wirecast help with your productions?

Our first live streaming productions were done with a single camera connected to a MacBook Pro. We added Wirecast to our workflow when we were looking for an inexpensive solution for using multiple cameras and for incorporating pre-produced videos, like advertisements and stories. The built-in scoreboard is also a huge benefit for us.

Live streaming sports is a difficult task.  What has proven to be the most difficult part of your productions?

Since we always have a small crew, I have to do multiple jobs at the same time. We do a weekly live music show where it’s sometimes just the host and me. I operate one or two cameras while controlling the switcher, the sound board and Wirecast. When we do live basketball games, I’m directing the broadcast while I’m switching cameras, working the sound board, loading the graphics and trying to keep us on-script.  Also, a lot of high school gyms are not really set up for live broadcasts, so we do a lot of work in advance to make sure we have an internet connection and room to set up all of the equipment.

What is the most rewarding part?

Our part of the state is in a kind of limbo between television markets, so our teams don’t get as much coverage as bigger schools closer to cities like Hartford and New Haven. We hear all the time from coaches, fans and families how much they appreciate the coverage we are giving their teams. We treat these games like they are a big deal and go all-out with our coverage.

How often do you make mistakes and how do you deal with them?

We make mistakes all the time. For the most part, none of us has a television background, and we’ve had to assemble the equipment we use piece by piece. We’ve had microphones left on when they should have been off. We’ll sometimes miss an advertising obligation or mis-time the end of our pregame show with respect to what’s happening on the court. In those cases you just have to improvise and work quickly to problem solve. If we miss an ad, we get it in later in the show. If we’re running early or late, our on-air talent will adjust. The biggest thing is to learn from the mistakes and improve the next time.

How are you involved with the video industry outside of your professional life?

I don’t do a lot of video outside my work at The Day. I work a lot of hours, often late at night, so I like to make sure I have time with my family. I have had the chance to speak to college journalism or communications students a few times, and I recently led workshops at two journalism conferences. I’ve learned so much from other people in the industry, I always try to help out students or young professionals. I would be nowhere without the people who gave me guidance along the way.  I’ve also done a few short films for a local film competition.

Local live sports streaming is undoubtedly on the rise.  Where do you see it going in the future?

I think there’s a lot of appetite for local sports video content on the web. Because the cost of production equipment has come down so much, I think more and more organizations and schools will be trying to do it themselves. Professional media outlets will need to set themselves apart from the competition, particularly if there are multiple outlets seeking to stream the same game.

What is your #1 piece of advice for live sports streamers?

Since I come from a journalism background, I look as these live streams as an exercise in storytelling. We do pregame and halftime shows with stories that let people get to know the players personalities off the court. Anyone can show up with a camera and stream the action on the court. We make sure our broadcasters and the rest of our crew know the teams and the players so we’re not just dropping in for a few hours and doing the game. I’ve heard from people with no rooting interest in either team that watched the game because the saw the player profiles and felt like they knew the players. So my advice would be to worry less about equipment and more about the content and storytelling that you’re putting out.

Can you give us a couple videos of your best work?

Thanks Peter! Your videos and insight into live streaming are a valuable resource for all Wirecast-ers.  Keep up the good work!